Last March, illustrator Jill Labieniec walked into Interior Define’s Seattle store and spent $3,740 on the company’s Jasper sofa. It was a thoughtful purchase, carefully researched and chosen to fit her space, with a fabric option that would accommodate some wear and tear from pets. Done. She settled in and eagerly waited for it to arrive.

Four months later, things started to get weird. In July, Labieniec received a note that her sofa had arrived at the Port of Los Angeles, and that a “delivery partner” would contact her in two to three weeks. August came and went, but no sofa. She contacted customer service and was reassured that delivery was imminent. Another month passed, and still no sofa. In October, after an hour on hold, Labieniec was told by a rep that there were no updates, because the company was “waiting on an announcement from their CEO next month.”

What exactly an announcement from the CEO had to do with getting a sofa out of the Port of Los Angeles was unclear. Labieniec wasn’t the only one wondering. In recent months, hundreds of angry Interior Define customers have flooded the internet—from review sites to the brand’s own social accounts—with pointed questions about their missing furniture.

Most share a similar story. Customers who placed orders in the spring and summer of 2022 had typically been quoted lead times of 16 to 22 weeks. As their delivery windows began closing without delivery, they started asking questions, only to receive vaguely phrased references to “supply chain disruption.” Firm dates are murky. Phone messages go unanswered. Timelines are pushed back. To read the online commentary, for a several-month stretch, it seems as though the Chicago-based brand hasn’t delivered anything. In mid-October, an anonymous user on the consumer review site Trustpilot shared a story about a missing sofa, ending with a simple question: “Is this a scam?” 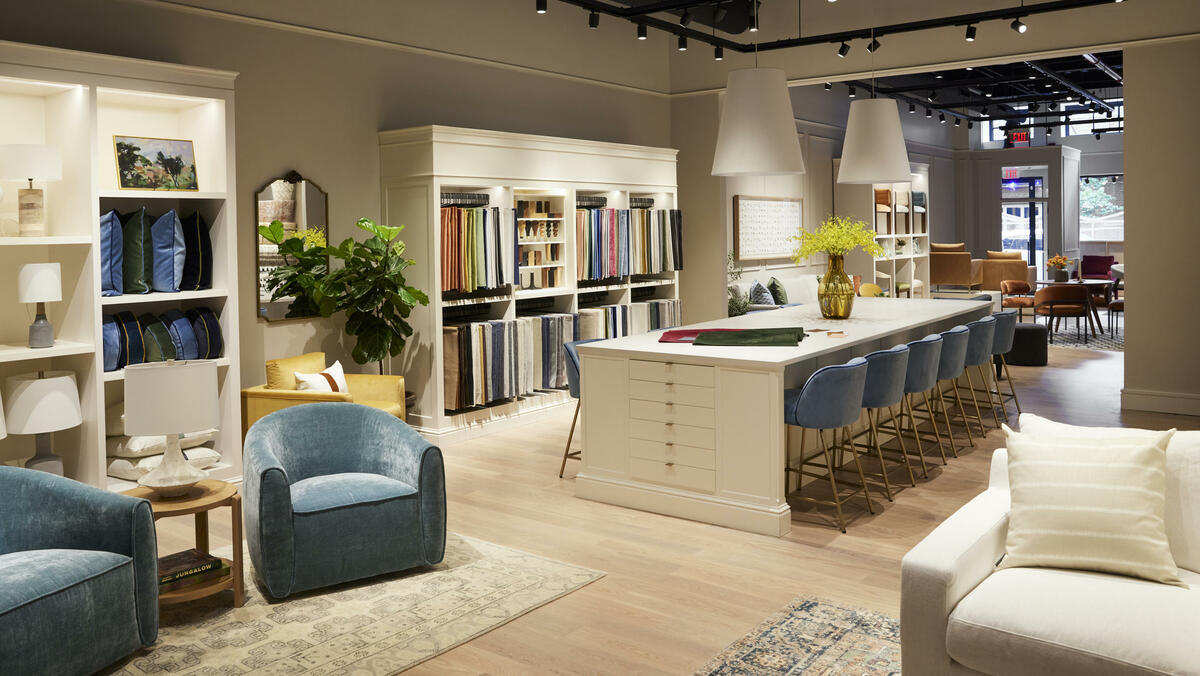 According to a former employee who asked to remain anonymous, the answer is no, but the company has been seriously struggling behind the scenes. The employee says that Interior Define has been producing furniture—the company manufactures in Asia—and getting much of it on the water bound for U.S. ports. But due to a cash crunch, the brand has been unable to pay logistics partners to complete delivery. As a result, merchandise has been stuck in limbo.

The former employee estimates that “thousands” of pieces have been stalled in transit. Seemingly backing up that number, in an email exchange with a customer in September obtained by Business of Home, a rep for Interior Define wrote that 6,500 orders were affected.

The company is far from the only one to struggle with logistics over the past two and half years. Nor is it the only home brand to come under fire from customers (Interior Define has more than 100 one-star reviews on Trustpilot; Pottery Barn, albeit a far larger brand, has 1,000 plus). But in online reviews and interviews with BOH, Interior Define’s customers expressed deep disappointment over what they characterized as erratic and misleading communication around delays.

The brand’s reps have been difficult to reach, with queries passed around from specialist to specialist without a clear answer. Some customers have been told that it might take up to two weeks even to receive a reply to email inquiries.

Many customers began sleuthing around online for more information (some reached out to BOH after reading a rosy account of the brand’s supply chain position published in June). A few turned to the employer review site Glassdoor and found comments suggesting that Interior Define was not paying its vendors, causing fury that the brand’s reps were blaming delays on supply chain issues. Customers also expressed frustration that, while their furniture was marooned indefinitely, the brand continued to advertise and take new orders.

Customer Sharon DeAngelo Villane, looking to help her daughter furnish a new apartment, purchased a sofa from Interior Define’s Manhattan location in June. In September, she received worrying messages from the brand that the piece was held up in Los Angeles without a clear timeline for delivery. In October, Villane says she was able to connect with a former employee who told her the brand had stopped paying vendors, and that she would be wise to request a cancellation.

Getting clear information from reps was “insanity,” says Villane. “This is not right,” she adds. “Logistically, it’s not possible for that much merchandise to be sitting in the Port of Los Angeles, and if it is, what’s the condition of the furniture? I’m sure the containers aren’t climate controlled.” Ultimately, Villane was able to cancel her order and receive a refund in October.

Customer Lyss Welding placed an order for a sofa at Interior Define’s Chicago flagship store, also in June. With a promised lead time of 18 to 22 weeks, the piece was scheduled to arrive just in time for her to host Thanksgiving in a new house. But as the weeks went by, it became clear from communicating with the brand that Welding’s sofa was not likely to arrive in November after all. She contemplated renting furniture, but found it too expensive, finally settling on cheap futons from Target to tide things over.

“We didn’t want to have to buy these, but we can’t have Grandma and Grandpa sitting on folding chairs in this big empty living room,” she says. Welding, like many customers, has spent hours chasing down company reps and seeking information on Interior Define’s financial health. “It’s a little duplicitous that they haven’t turned off ads,” she says. “The operations person is telling me something different than what I can see online.” 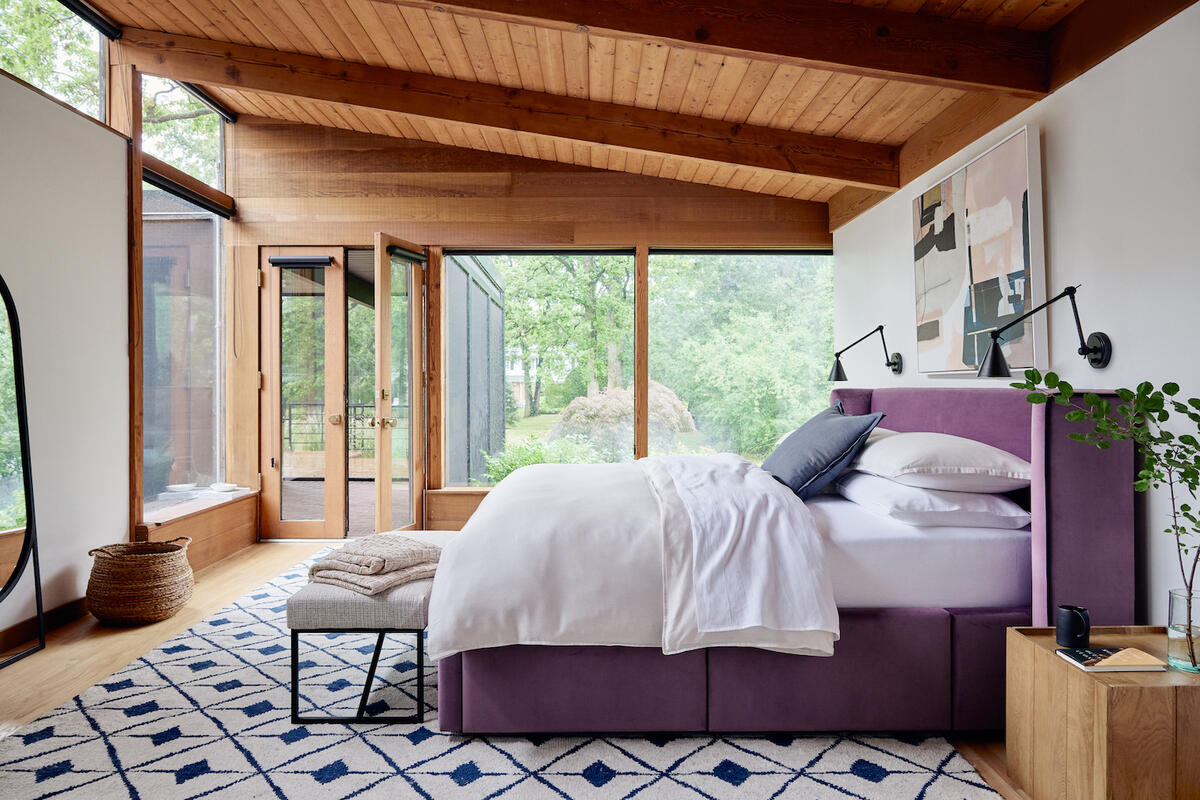 These recent challenges mark an abrupt change of fortune for Interior Define—the brand came into the new year with guns blazing. Fresh off a pandemic-fueled boom, toward the end of 2021, it announced a big retail expansion plan to open 30 new locations by the end of 2022. Given that Interior Define had taken eight years to build up a retail fleet of just under 10 stores since its founding in 2013, it was an ambitious goal.

Interior Define’s retail expansion plans do not seem likely to pan out on schedule. According to the company’s site, it currently has 21 locations, meaning it has opened just over 10 stores, a third of its goal for the year. Meanwhile, the brand’s talent pool appears to be draining: A source with knowledge of the situation told BOH that the company has initiated multiple recent layoff rounds—one in September, including roughly 60 employees, and another round at the end of October. Leadership has also undergone shifts, with Travers departing Interior Define in October, and former chief experience officer Catherine Colwell leaving in November, according to their LinkedIn pages.

The same source, however, offered reason for optimism, suggesting that Interior Define is close to closing on a new round of funding and therefore may be able to pay its vendors and resume delivery in the not-so-distant future.

Interior Define declined to comment for this story, though two weeks ago, in response to questions about its challenges, it provided the following statement to BOH: “In the latter half of this year, we have encountered some unexpected headwinds that have had a direct impact on our customer experience. We believe in our product and our people, and will continue working around the clock to bring answers and solutions to our customers and earn their trust back.”

Doing so will likely be challenging for the customers who feel burned. “I will never deal with them again,” says Villane. “This really solidified my decision that I’m not going to buy from stores that I’m not familiar with, that I don’t have a relationship with. … I’ve never dealt with a company like Interior Define.”

Welding feels the same. “I would never consider buying from them again,” she wrote in an email. “The slow and contradictory communication, plus their tough cancellation policy, has been too stressful—and now expensive.”

Labieniec, who as of publication time had yet to receive a clear delivery date for her sofa, is torn about how to proceed. She’s frustrated by the delays and confusion, and was considering canceling, even after being offered a discount. But at the end of the day, “I really want my couch!” she said.

Ultimately, the decision will come down to whether the brand can commit to a real delivery date. “Give me all the discounts you want, but if they can’t give me any kind of estimation, I’m going through with cancellation,” she said. “I don’t feel confident I’m going to get this thing.”

Research and reporting contributed by Haley Chouinard and Lizzy Reisinger.